We, IVS,
will assist you in realizing your dreams!

「BRAIX」A Bridge between Japan and the World

Which is Japanese National Sake, Seishu or Shochu?

Nihonshu is called Japanese sake in English. Nihonshu has another name, Seishu, which actually looks clear and pure as its Japanese meaning of Seishu.

Lots of people from foreign countries pronounce Sake into Saki. However, if they live in Japan long time, they are accustomed to Japanese pronunciation and may be able to pronounce Japanese properly. Naturally, some foreign Sake enthusiasts say that they should pronounce it as SAKE instead of SAKI.

If he is a Shochu-geek, he might even point out that Shochu could be called Shocchu with doubled consonant somewhere in Kyushu area. If some foreigners are "fitted" with Shochu, they seem to be outstanding geeks. I am very anticipating such Japanese alcoholic geeks being publicity agents to the world.

By the way, I mentioned Shochu as “Japanese national sake “last time. But, when it comes to "Japanese sake", it would be overwhelming for foreigners to think that sake is a representative of alcohol in Japan. In other words, many people including Japanese and foreigners think that the alcohol that represents Japan is sake (Nihonshu or Seishu).

However, it is wrong and misunderstanding. In reality, Shochu is overwhelmingly higher than Sake (Nihonshu or Seishu) in terms of domestic production volume. In other words, the sake that represents Japan is actually Shochu, not Sake(Nihonshu or Seishu).

The National Tax Agency (NTA) publishes detailed statistics for alcoholic sales every year. Since the production of Shochu reversed that of Sake (Nihonshu or Seishu) in 2001, the difference in quantity between the two categories, has only widened. According to the latest Annual Report (2019) by National Tax Agency, when converted fairly to alcohol volume, the volume of Shochu is 728,000 Kl, while that of Nihonshu (Seishu) is 392,000 Kl. Namely Shochu is about 1.85 times of Sake (Nihonshu or Seish).

Therefore, there is clear evidence to call Shochu as a Japanese National Sake. Japanese national Sake is Shochu, which we must appeal to foreigners and the markets strongly and proudly. And we should try to spread the many featured good points of Shochu to the world.

We are the "Registered Support Organization" authorized by Immigration agency of Japan. We will provide information on the Visa, Immigration regulations, Working conditions and rules, etc., in English and other languages available.
Questionnaire HOME

Osaka is the heart of drinking and eating places in Kansai. You can get basic explanation on the restaurants or drinking places in English. You may get the special discount coupons too. Before exploring entertainment in Osaka, be sure to drop by us to save your money and maximize your joy.
Questionnaire HOME

If you are tired of common and stale travel plans, we recommend you visiting the South-Kyushu including Kagoshima and Miyazaki. You might be surprised at the secluded villages with traditional folk arts and dances. Such villages are surrounded in deep mountains, sheer gullies, and coves. If you are lucky, you may have a opportunity to view the peoples’ traditional dances and festivals, dedicated to their goodies.
Questionnaire HOME 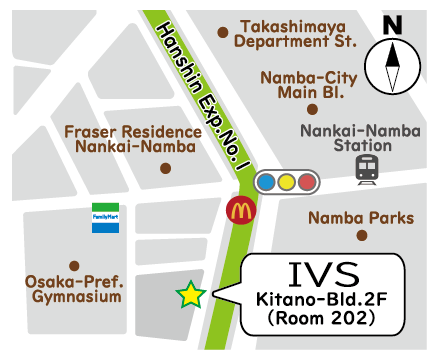 The encounter might change the history.
A European monk was introduced a Japanese fisherman who had been lost in the sea yet to be saved. They met at Malacca in Malaysia in 1547. The monk asked the young Japanese why the Japanese letters go downward. And why the lines from the right to the left, which are completely opposite to writing way of European languages. Anjiro, the Japanese guy, replied. “Why don’t you write downward? ” ”Since the human's head is up and the foot is down, isn’t it natural to write downward?” Listening to his logical explanation, the monk was so impressed and could believe that Japan is a civilized country where Anjiro belonged to. Then, he asked his headquarters to send him to Japan for missions. The monk’s name is Francisco de Xavier, who later arrived at Kagoshima, and tried to spread missions of Christianity for the first time in Japan. HOME

Is dramatically improvement of the Corona situation
at the Indian capital New Deli?

According to the Yomiuri On- Line News dated October 29th, the number of the patients who have antibody against the Corona virus has been drastically decreased. The ratio of the Antibody has come to over 97%. In other words, the city has maintained the close situation of group immunity.

However, it is unknown that until when the each person immunity could be effective and it could be counter to the variant of the current virus. But, it is clear that Indian government has been taking the measures in advance for the revivals of the industries, especially for the sightseeing industry, turning the disadvantage of the Corona disasters.